This was the fourth fifth time I'd watched one of those impossibly immense Saturn Vs lift off from Cape Kennedy. My mother insisted on watching every televised moment she could of those flights, and I was right there beside her, as much as I could. During 9 and 10, the school was dutifully notified that I was staying home, sick; I suspect that "Moon Flu" was a common strain in 1969.

I remember -- or I think I remember -- Walter Cronkite's deep, reassuring voice; I've heard it so many times since that I can't really be sure if I remember it from the broadcast, or from the LP record that CBS released and I played regularly through the '70s. I do remember, vividly, the NASA animations that played over his descriptions of the various stages of the launch and the space flight, precise and technically detailed cut-outs that would nonetheless seem crude by today's standards.

I remember the official NASA release images my father, a newspaperman, brought home, the flimsy thermal paper just off the facsimile machine, already browning. Somewhere, I may still have a notebook full of them, mostly from Apollo 13's ill-fated flight; they were in my possession as recently as my days at Cal State Monterey Bay.

Forty years ago today, three men leapt off the edge of the world into the Black.

I've spent the day being melancholy about the Apollo 11 launch, which happened when I was 5. So I come home from work, and what do I find on my Friends list, courtesy of the 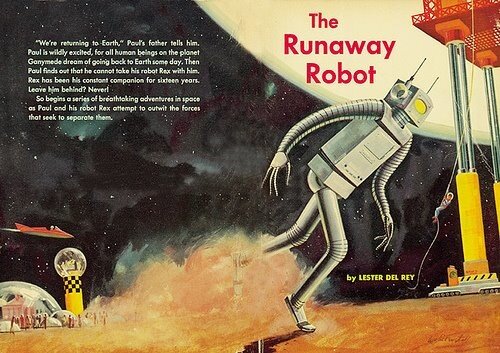 The cover to my very favorite book from childhood.

Please keep me away from any mention of Major Matt Mason or the Colorforms Outer Space Men for the next 72 hours or so, or I'm just gonna curl up into a Schwartzchild Radius of nostalgia and never be heard from again.

Those of you participating in